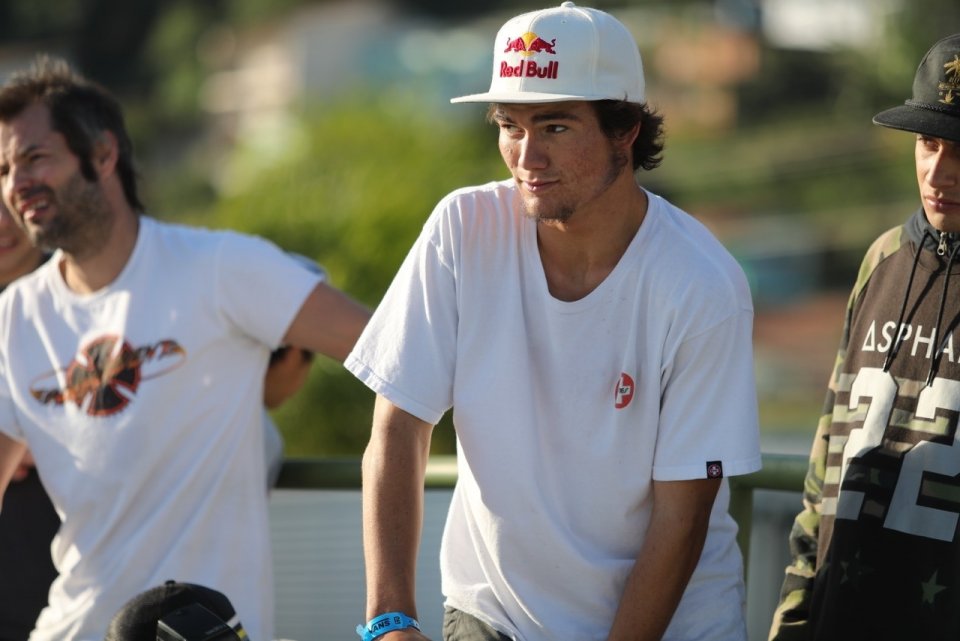 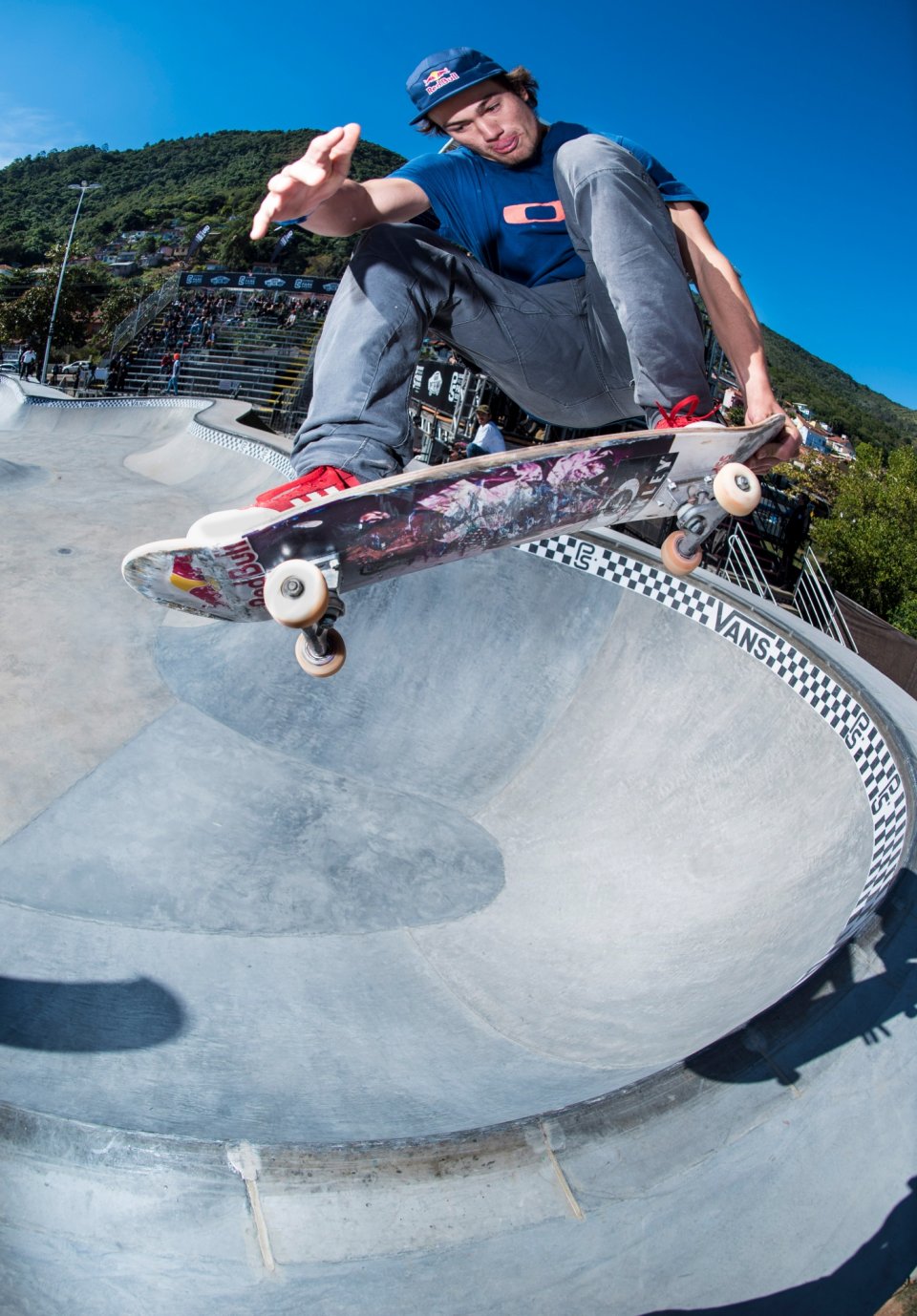 I’m sitting here watching some of the Olympics, did you hear that skateboarding was getting added?

Yeah, I just saw that, its pretty insane that’s its gonna have skating in it. 2020 right? In Tokyo.

A lot of skaters have been pretty mad, would you go if given the chance?

Yeah, it definitely doesn’t seem like a place skateboarding could be, but I would definitely go if I was invited, why not?  Its the Olympics.

You are from Florida?  The first time I heard your name I thought your were from Brazil or something.

Yeah I’m from Lakewood Florida.  My whole background is Italian, but a lot of people think I’m Brazilian, that I’m in Pedro’s crew.

How has the Vans Park Series been so far?  How have the stops been?

Its been some of the funnest events, I’ve had some of the greatest times, just skating with the homies, kickin’ it, having a good time around the cities.

We got to go to Melbourne, Brazil, the US Open… Its been super sick and I’ve been doing alright.  I made finals at every stop, but then at the US Open I hurt my knee and couldn’t compete in it.

How did you get hurt?

Dude, I freaking did a Caballerial on the hip, and right when I landed, Sky Siljeg was grabbing his board and ducked down, my knee when right into his head. I didn’t even fall of my board but I got to the deck and it hurt so bad.  My knee got all swollen and I couldn’t bend it for a couple days.

Did he get hurt?

Yeah he cut his eye, I don’t think he got knock out.  He still killed it.  He qualified first, he did some gnarly shit. 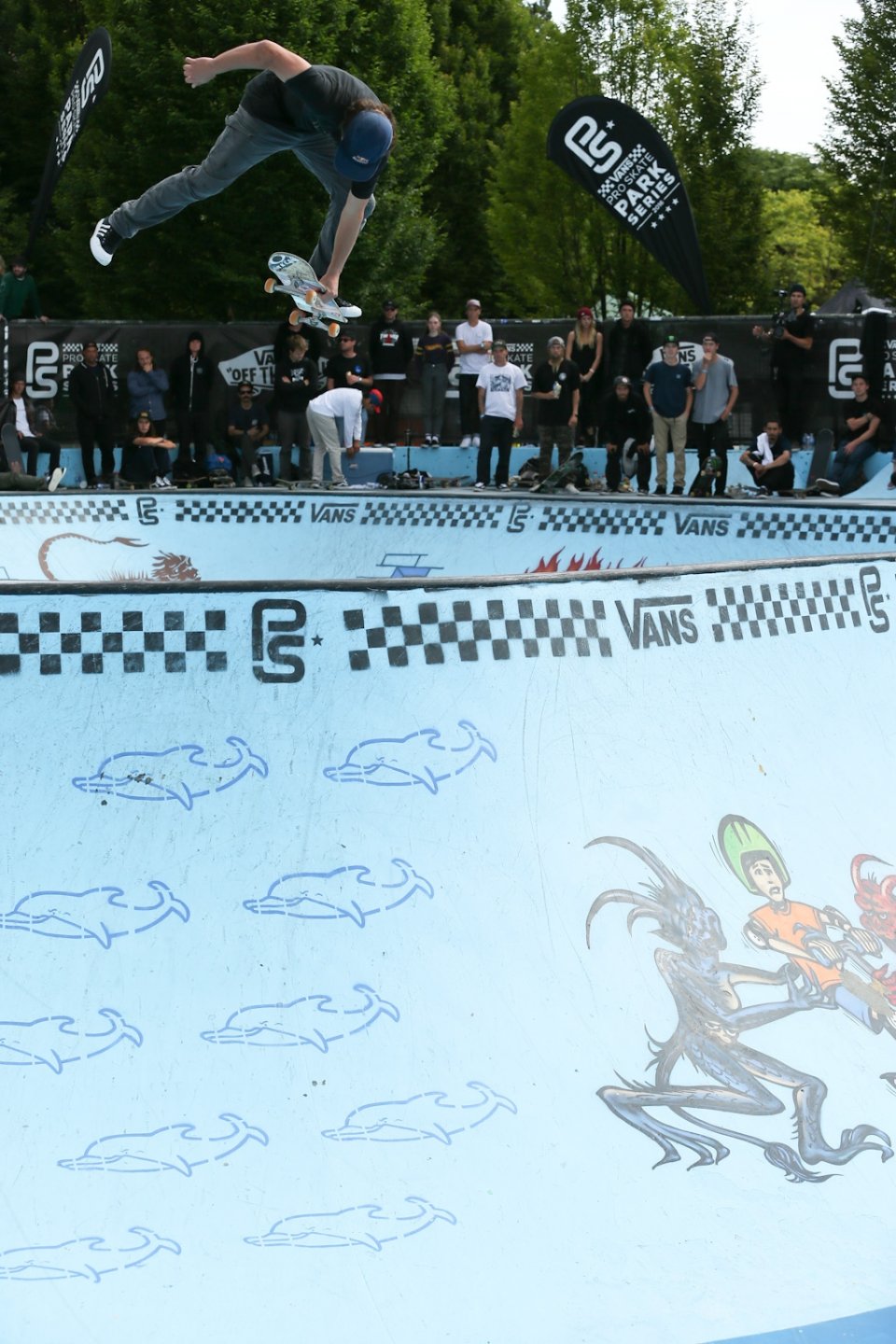 Sometimes when I watch the skating at the contest I’m amazed there isn’t more collisions.

I know right?  Especially in the practice sessions.  At the US Open there were a 100 people in it.  I think we’ve been doing it so long its second nature.

Who are some of the people you skate with a lot in this series?

I always skate with Zion Wright, Greyson Fletcher, Chris Russell, that’s the crew I skate around with.  Cory Juneau, Tom Schaar, everyone from the So-Cal area, we all go skate and kick it.

Are the skaters pretty competitive at the contest?

Definitely, everyone is low key about it, when the contest starts everyone gets serious, but we all talk about it, sometime its like “I’m gonna kick your ass at the next one!”  We all mess around with each other, but its all camaraderie, we like to see our friends do good.  Its pretty sick, 'cause we are all friends. 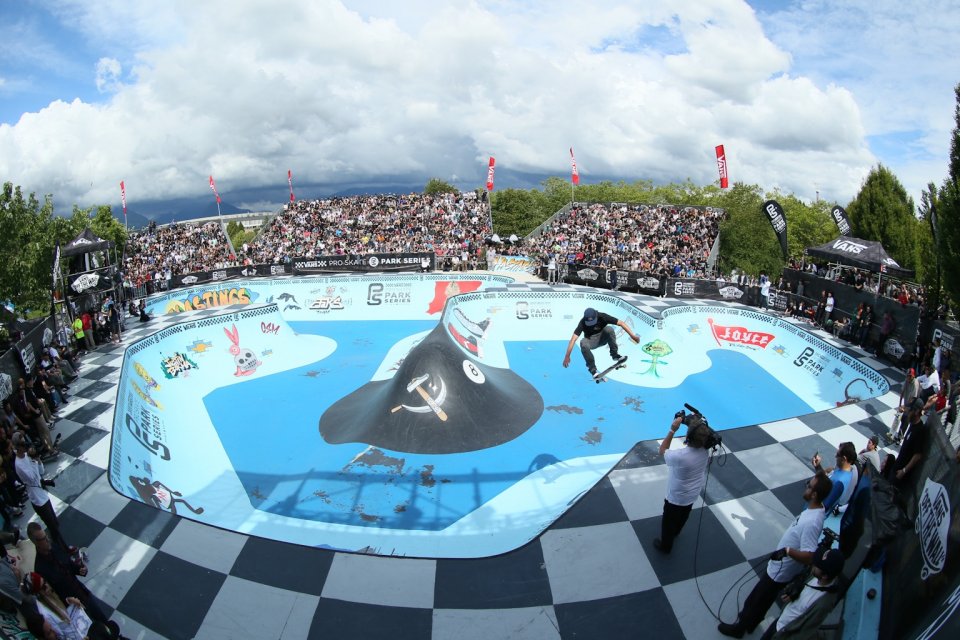 You have placed well in every contest, but do you want to try and do better?
I think I got 8th in Melbourne, 6th in Florianópolis and like 5th in Vancouver, but I definitely want to get on the podium, I’m bummed I haven’t got that yet, but I’m stoked I made the finals at every stop, and I made it to Malmo. Pretty hyped on that.

Do you think its more difficult being a challenger rather that pre-qualified?

Are you stoked for Malmo?

Oh yeah, I’m hyped.  I was bummed when I got hurt at the US Open, I was like “shit, I don’t think I’m gonna make it to Malmo”  and then it ended up that I’m in 4th or something like that, so I’m stoked I made it in there.