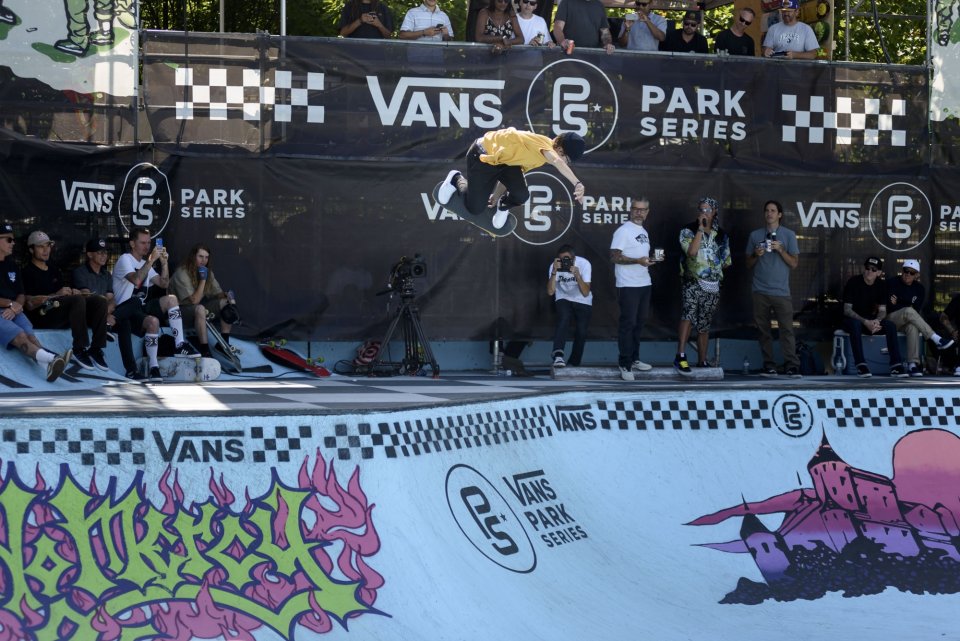 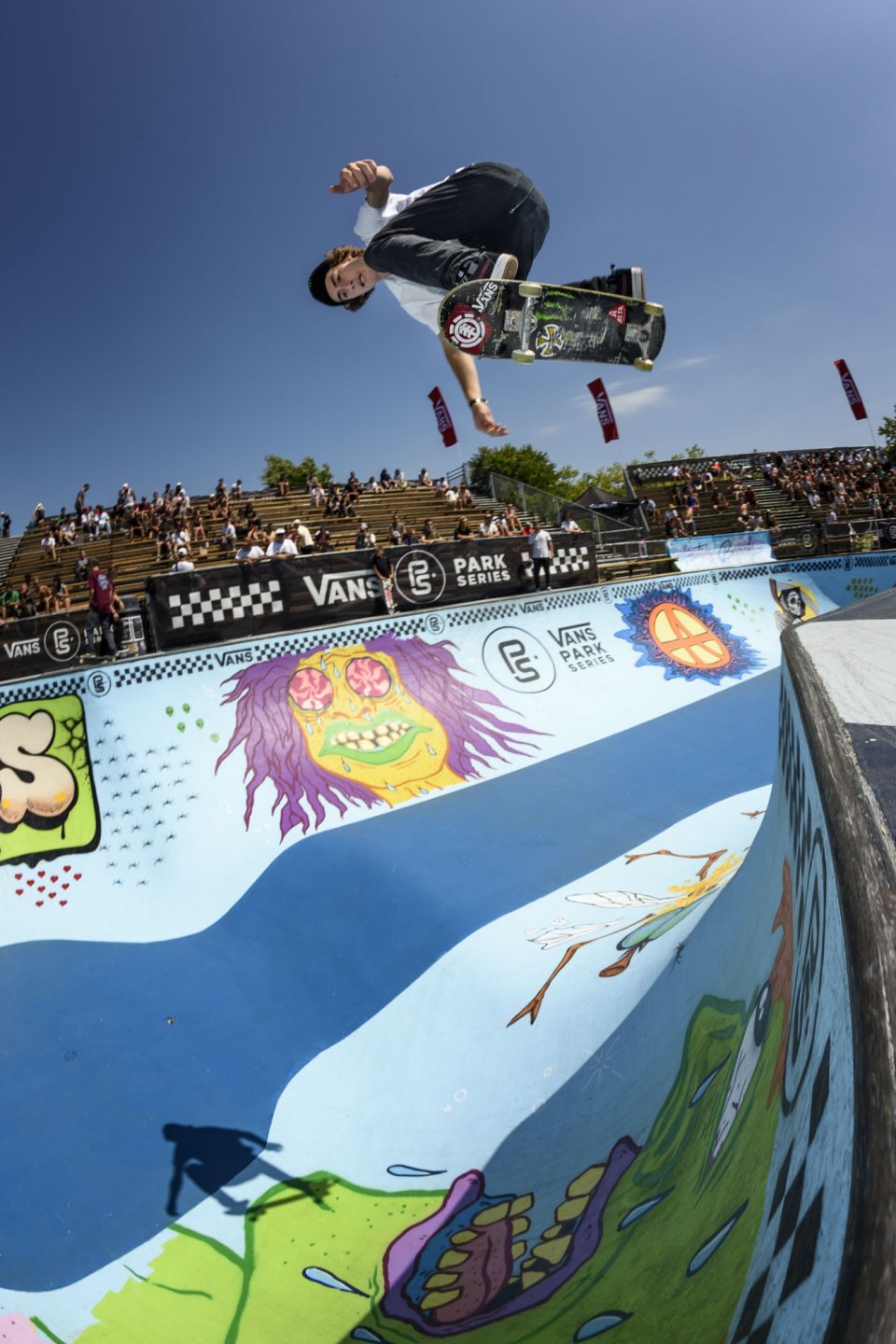 Leading Tour Challenger Tom Schaar has progressed through to another finals round. Dan Mathieu

As an early experiment in transitional park terrain design from the second great wave of North American skatepark construction, Hastings Skatepark remains one of the most demanding skateboarding courses in the world, even exceeding today’s park terrain course criteria in some areas. Returning for the second year in a row, the skaters of Vans Park Series Men’s Pro Tour cherish the Hastings Skatepark course for its remarkable potential to produce fast, aggressive and colossal runs.