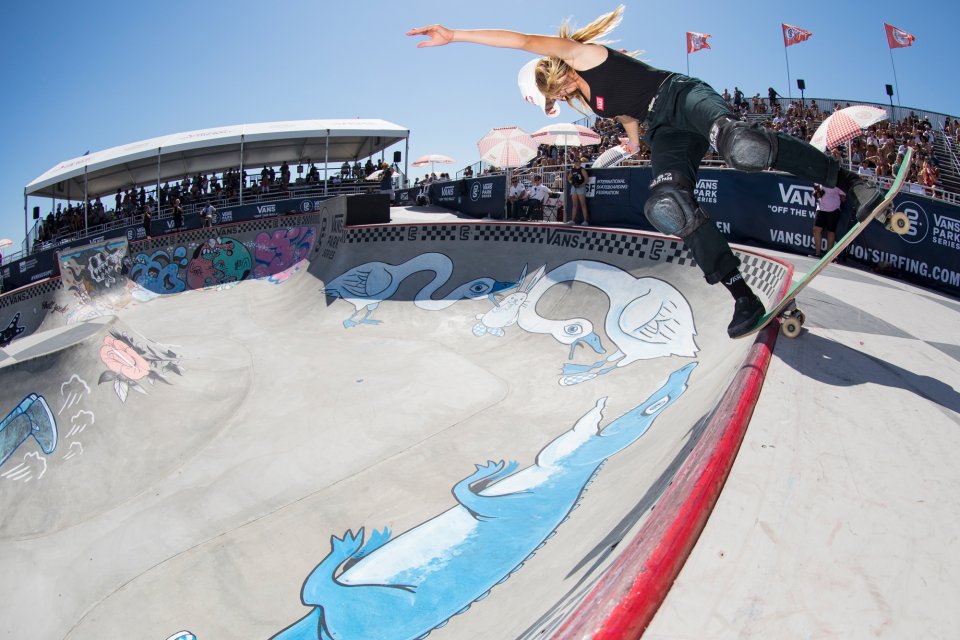 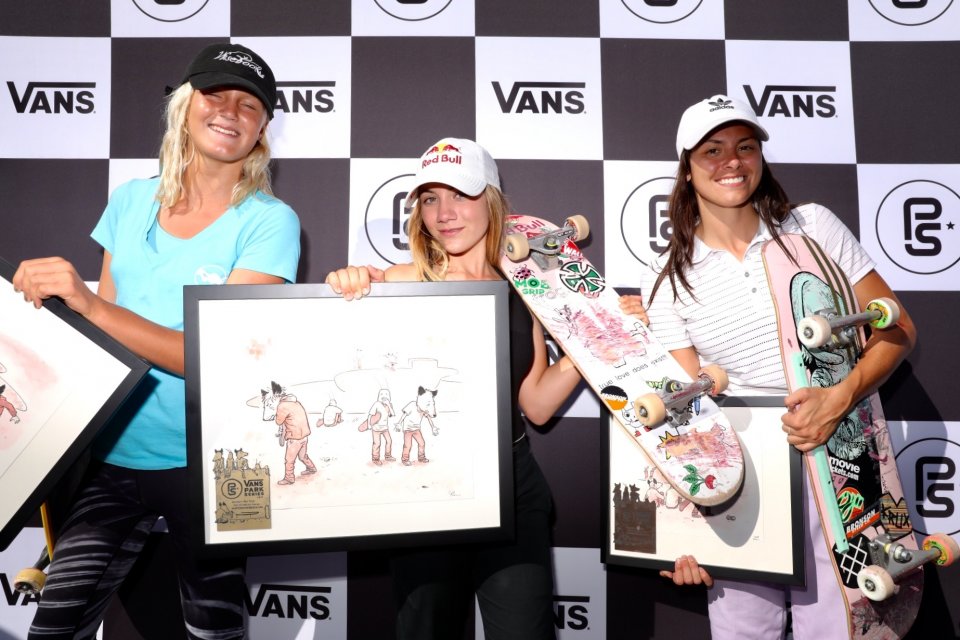 In the Men’s VPS Pro Tour prelims, 17 eager Tour Challengers battled it out for ten spots in the semi-finals. Leading the pack with a score of 89.05, Sweden’s Karl Berglind attacked the Vans Pro Park course, executing consistent trick variety and clean, focused lines. Not far behind, event wildcard Jagger Eaton also made a lasting impression, demonstrating intense technicality in every run. The top ten highest-placing Men’s Tour Challengers from Friday will meet the VPS Select Pros today for another heated all-star battle in the race to determine the VPS World Championships field in Shanghai on September 23.

Watch a replay of the prelims event. 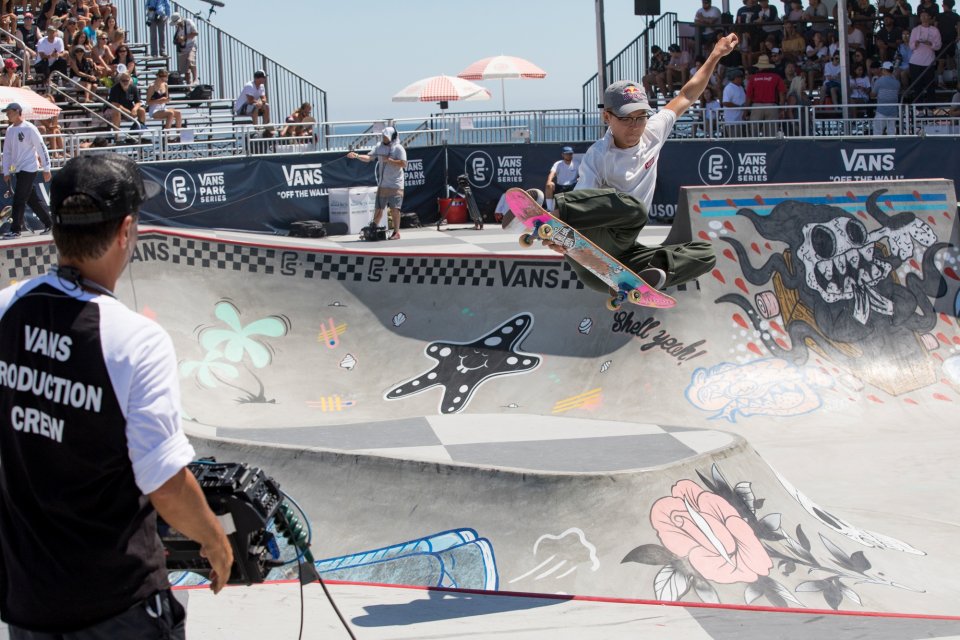 The Vans Pro Park in Huntington Beach ups the ante this year, offering the biggest facelift the course has seen in recent years. The remarkable all-cement, built-to-spec VPS-certified park terrain course is situated directly on the sand and complete with stadium seating views. VPS design features include hips, a spine, setback extensions that are part of the soul of the course, and most notably, an open deep end pocket, a square island jump box and all new transfers.

The Vans Park Series returns to Huntington Beach, CA in partnership with the largest action sports festival in the world, the Vans US Open of Surfing. With thousands of spectators descending upon the festival, the highly-anticipated summer event will feature an exceptional entertainment experience, filled with world-class surf, skate and BMX competitions, in addition to the interactive Van Doren Village, which will host art exhibitions and hands-on creative workshops for attendees. Visit www.vansusopenofsurfing.com for more information.