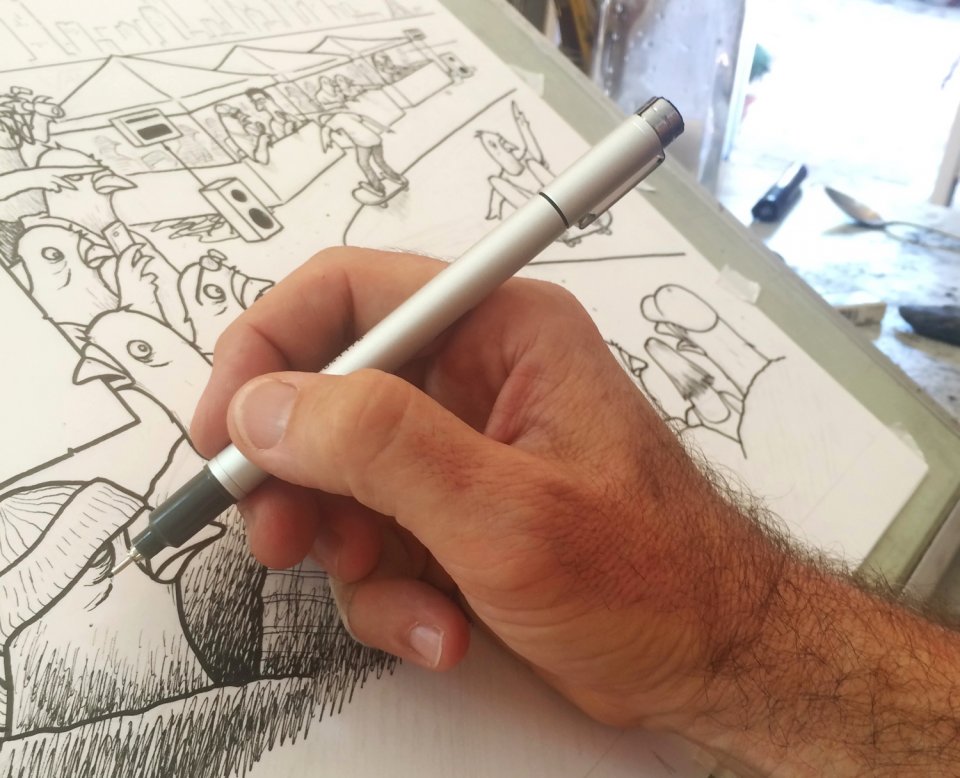 Can you tell us a bit about your background?   I know you do a ton of the art for Anti-Hero, how did that relationship come about?

Well, I started working at Deluxe in San Francisco as an entry level production artist in 1994, after i'd graduated college in Southern California and moved up north.  After the art director there left to focus on his true loves, which were graffiti and drugs, they handed me the job.  Right around that time,  Julien Stranger and John Cardiel created Antihero, and I was in the right place at the right time.  Antihero sort of became my focus from then on, and its been a party in my pants ever since.

Did you know the Anti-Hero Eagle would catch on or be used as much as it is?

At the time, none of us had any idea if anything would catch on, ever.  We'd just been dreaming up graphics that entertained us or had something to say, for better or worse.  The Pigeon graphic preceded the Eagle, and it coincided with the Fucktards video...we all really liked the Pigeon graphic.  We'd mostly been doing graphics that made us laugh, but Jeff Klindt, who ran Deluxe at the time, wanted us to cook up something that was more tough.....so that opened the door for the Eagle.  The fact that drawing has lasted so long and become what its become makes me pretty proud...and shocked. 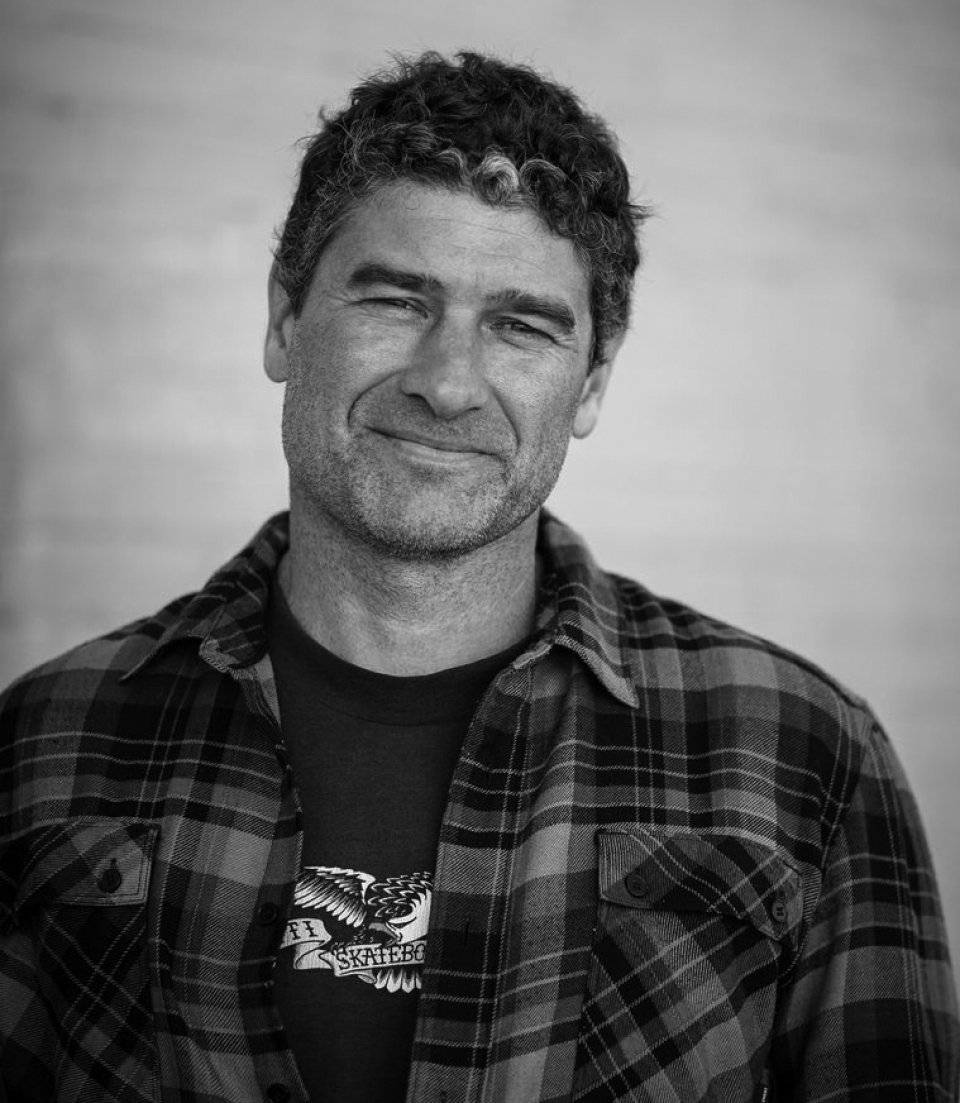 How did you get involved with Vans Park Series?  Are you familiar with the riders?

I did an art show up in Vancouver as part of the Van Doren Invitational last Fall, where my rep Yong-Ki Chang and I met Dave Appleby from Vans Canada.  He went on to art direct the Vans Skate Park Series project, and he brought me in to mess everything up with my art.  So far so good. And yeah, i'm familiar with the riders, to varying degrees.

What are your thoughts on skate contests in general?

Its funny, the typical take on skate contests was to take a crap on them as being all kooked out. These days, it seems like its mellowed a little, because now people realize there's no shame in trying to make a living from these contests, and while skating contests isn't for everyone, its totally fine to try and make a little money living the dream. If getting a third place finish in a contest once a year keeps you from having to take a job steaming milk for someone's pumpkin frappuccino, then why not?  And if a company cooking up some poisonous energy drink is pumping wheelbarrows of cash into skate contest sponsorships as they desperately grasp for young and edgy, then why not take their money? Then again, who cares what i think about skate contests.

What about street contests with vert walls in the 80’s?

I like em. But I mostly just watch them for the hairstyles, and for the dudes in the crowd with mustaches.  But again, who cares what i think about skate contests.

Who is your pick to win?

I'm hoping Grant Taylor wins a whole bunch, because he rides for Antihero, duh.  Ronnie Sandoval too, love watching him skate.  I'd also like to see Rowan Zorilla do well, not because i know him but because i'd like hearing people say his name over the loudspeaker over and over.  Rowan Zorilla.  Rowan Zorilla.  That name looks like someone took two fistfuls of Scrabble letters and threw them down the stairs.