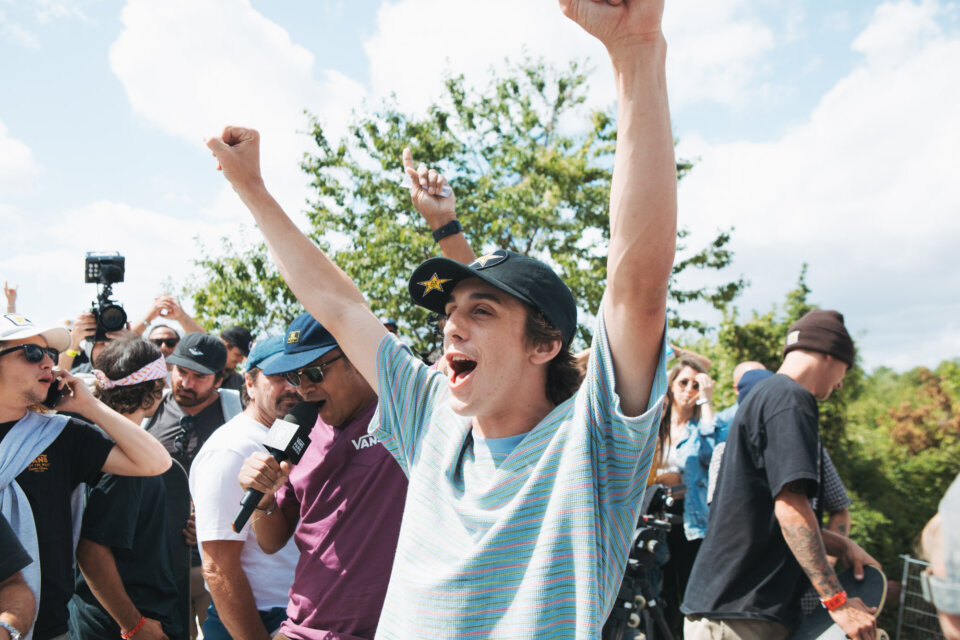 Paris/Chelles, FRANCE (August 10, 2019) – The world’s best park terrain skaters converged for the penultimate stop of the 2019 Vans Park Series Pro Tour at the brand-new Vans-Cosanostra permanent legacy skatepark in Paris-Chelles, skating their hearts out before ranting and raving crowds. The exciting finale to the week’s competition saw USA’s Cory Juneau and Japan’s Kokona Hiraki declared as the Paris-Chelles winners, in addition to the crowning of two new VPS Europa Regional champions, Alesandro Massara (ITA) and Daniela Terol Mendez (ESP) earlier this week. The final stop on tour will be the 2019 VPS World Championships, to be hosted in Salt Lake City, Utah on September 7, where the highest-ranking competitors and invited Select Pros will meet for one last time to crown two new champions in park terrain skateboarding.

Right out of the gate, the ever-stylish Cory Juneau (USA) made his mark, leading the semi rounds, and securing his victory lap with maneuvers such as an insanely long frontside boardslide and floating a frontside kickflip. Celebrating his first event victory to date, Juneau has been competing for the series since 2016, rising from challenger rankings to earn his status as a VPS Select Pro. Joining him on the podium for a huge hometown victory, France’s Vincent Matheron (FRA) secured a worthy 2nd place, cheered on by his passionate fans and community as he put down fast, trick-heavy runs all weekend. Select Pro Roman Pabich, returns to the podium in 3rd, consistently landing the smoothest runs of the finals. 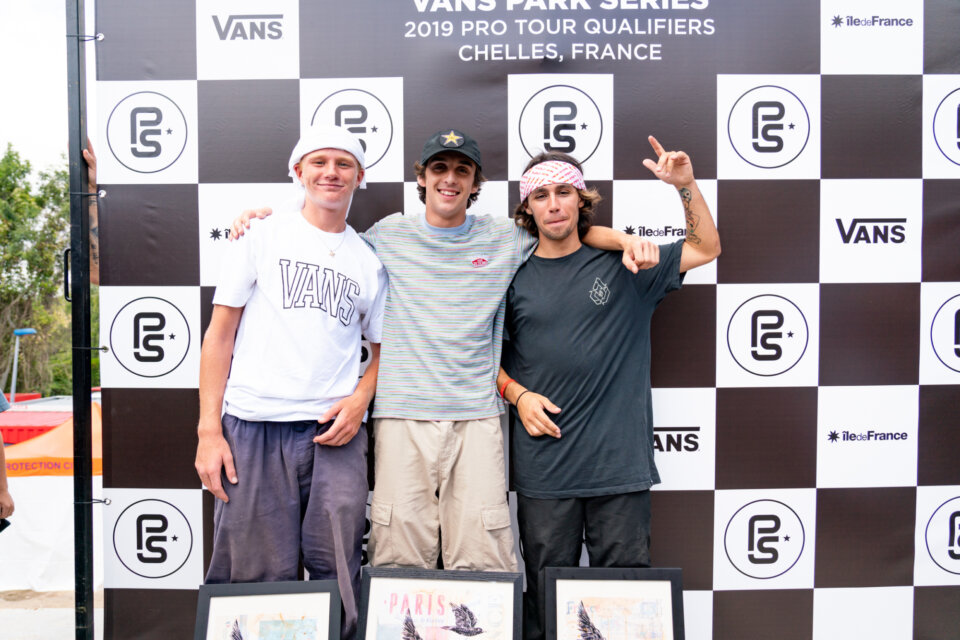 In the women’s division, 10-year-old Kokona Hiraki (JPN) displayed an incredible performance all weekend, leading the semi rounds, and claiming her first-ever global qualifier event win. Hiraki, a former VPS Asia regional champion, is a perfect example of the Park Series’ path to pro mission, earning her way to the World Championships for a second time. Hiraki is joined on the podium by fellow Select Pro Lizzie Armanto (FIN), 2nd, and Mami Tezuka (JPN) in 3rd.

The Paris-Chelles stop was pivotal in determining the final field of competitors for the 2019 Vans Park Series World Championships, hosted in Salt Lake City on September 7. The top five challengers who have earned the highest rankings since the start of the tour will join the VPS Select Pros and regional series champions in Utah for the final competition. Notably, French skater Vincent Matheron’s 2nd place score today secured his seed into the World Championships field. He’s joined by fellow French native Shani Bru, who also made the top five cut this week.

The Vans-Cosanostra Skatepark is one of three new permanent Legacy Skateparks that Vans Park Series has donated along the VPS Pro Tour this season. Following the event, the skatepark will be gifted to the community, offering a free, world-class skate facility for the public to enjoy.

The full replay of the Paris/Chelles stop will be available on www.vansparkseries.com. 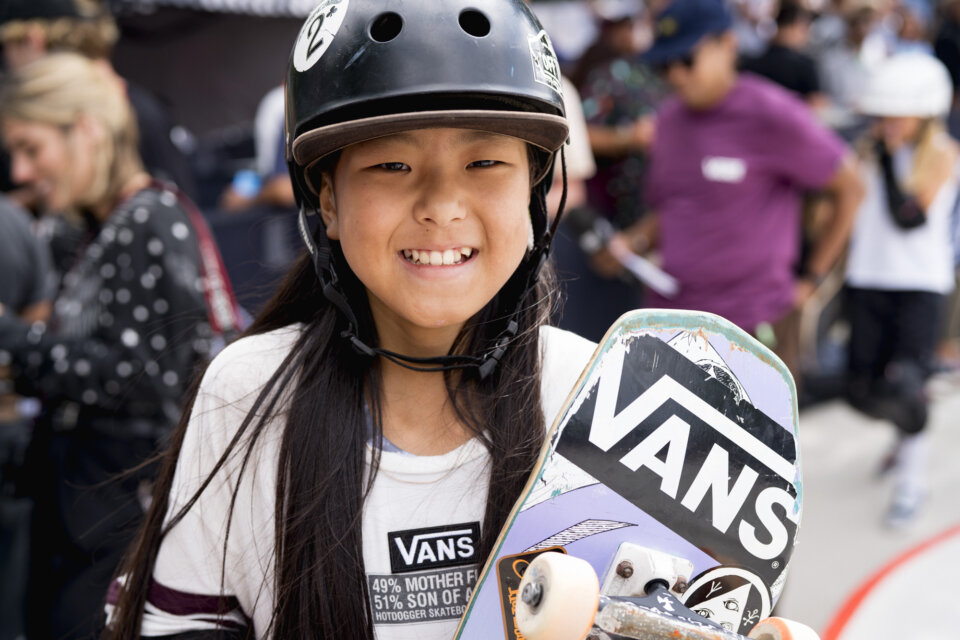