Ivan Frederico took top honours in the Floripa qualifiers and will lead the challengers in the Semi-Final round. Helge Tscharn 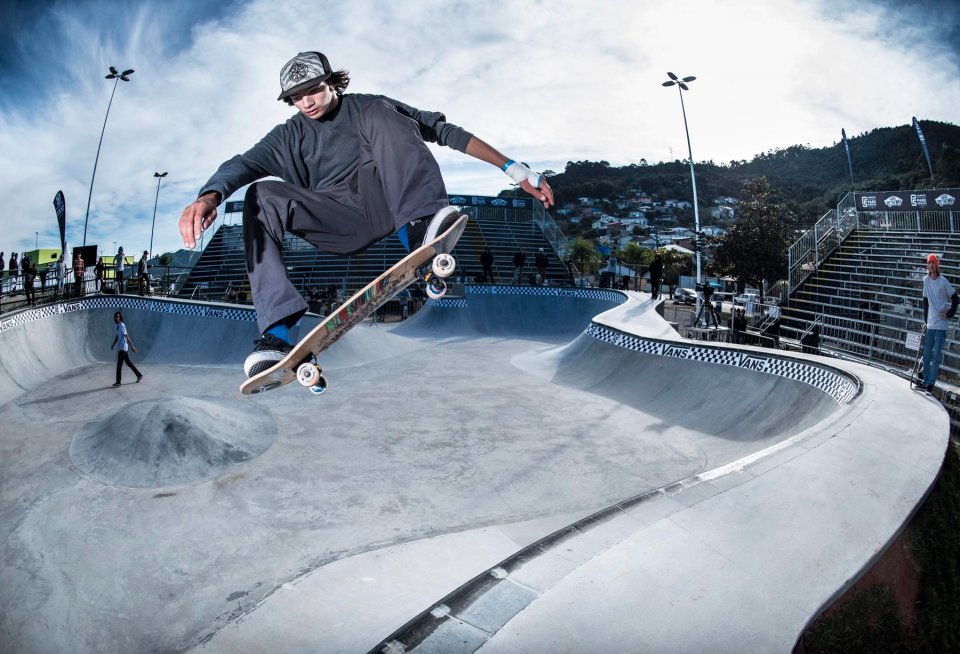 Los Angeles, CALIF. (June 9, 2016) – The race continues on the world stage as the Vans Pro Skate Park Series Brazil Qualifier goes live online tomorrow, June 11, beginning 12PM local time on www.vansparkseries.com. World-renowned as a global epicenter for the next generation of bowlriders, Vans Park Series celebrates the second of four Global Qualifier events in the beautiful city of Florianopolis, Brazil. Rebuilt and donated to the community by Vans, the newly remodeled Costeira Skatepark will be the exciting backdrop for competition, featuring over 5,000 square feet of concrete paradise with a new flow to guarantee never-before-seen lines and maneuvers.

The Vans Park Series Live Webcast will showcase skateboarders from around the world as they vie for valuable qualification points in pursuit of competing in the Vans Park Series World Championships finale, sanctioned by the International Skateboarding Federation as the definitive first-ever park terrain crowning event, to be held in Sweden this August.