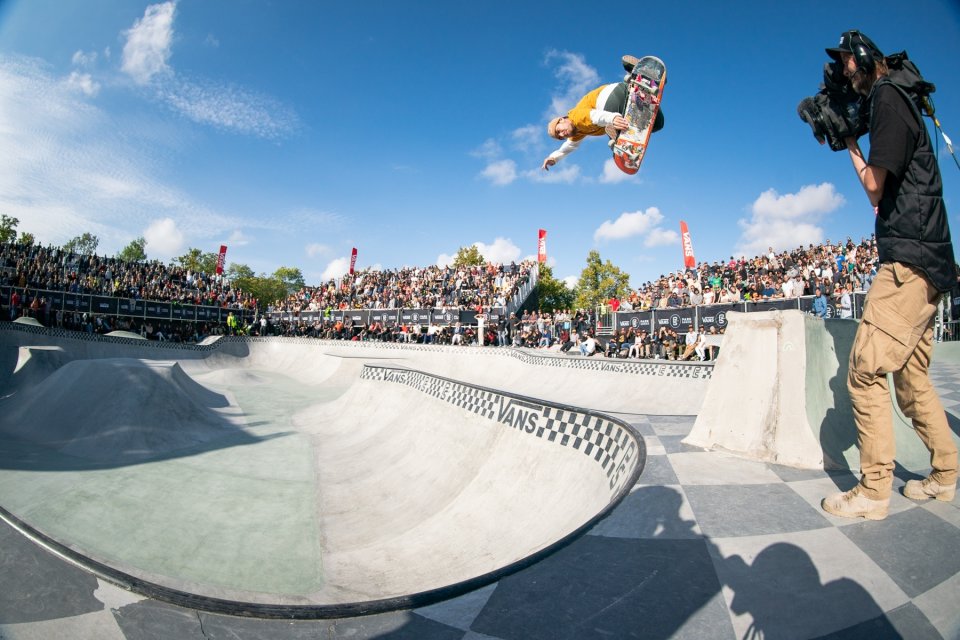 “Our mission to inspire youth and grow skateboarding participation around the world by promoting skateboarding’s unique and creative culture remains our number one goal,” said Bobby Gascon, global director of action sports, Vans. “With Vans Park Series now in its fourth consecutive year, we are dedicated to growing the foundation for park terrain skateboarding competition and cultivating an elite class of professional athletes who are deserving of international recognition.”

The 2019 VPS World Championships will be hosted for the first time on American soil in Salt Lake City, Utah on September 7. The prospective 2019 men’s and women’s park terrain skateboarding world champions will be crowned before a roaring live audience at Utah State Fairpark. With a premium live webcast produced at every stop, the Vans Park Series will bring an exhilarating competitive skateboarding showcase for local spectators and fans abroad.

Known for its unrivaled combination of speed, style, flow, amplitude and creativity, park terrain is the fastest growing discipline in competitive skateboarding today. The Vans Park Series has made historic progress in the evolution of professional skateboarding and champions its reputation as the first premier league for the park terrain skateboarding discipline. From crowning new Park Terrain World Champions every year since 2016, to building the first-ever VPS-certified park terrain skatepark in the world, Vans Park Series sustains its commitment to growing the participation of skateboarding worldwide, and will continue to promote skateboarding’s creative culture for future generations. Visit vansparkseries.com to learn more.

The 2019 Vans Park Series Pro Tour is the premier competitive platform for professional park terrain skateboarding. Spanning five countries over a five-month season, the series features four global qualifiers for men and women, and culminates with the official Vans Park Series World Championships to be held in Salt Lake City, Utah in September. Showcasing an international roster of skateboarding’s elite pros, Vans Park Series awards a total series purse in excess of $700,000(USD) and advocates its principal commitment to prize parity for men and women.

The Art Of Judging Art